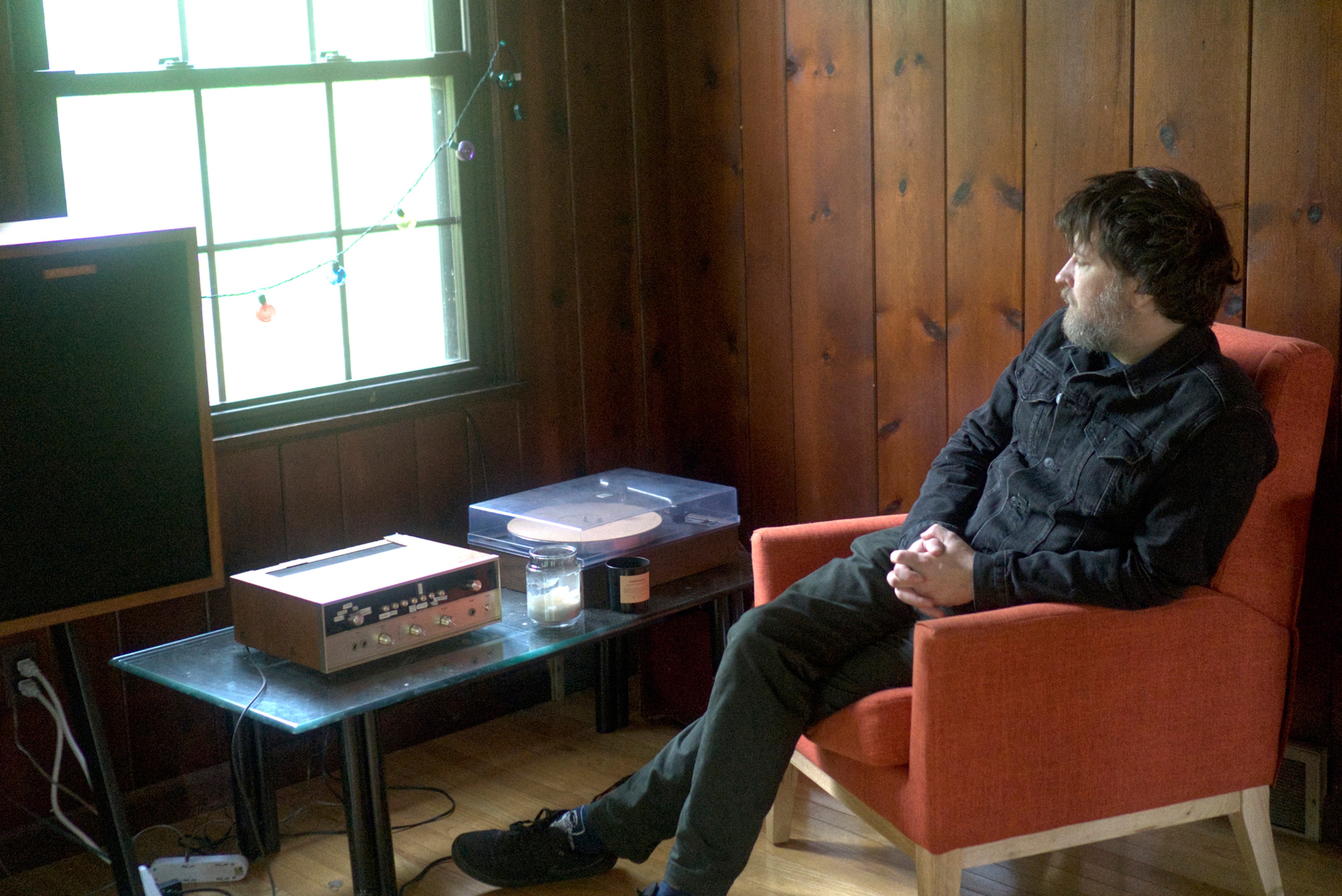 Six Organs of Admittance is back after 3 years with a new record, new techniques in sound generation, and a new attitude. Companion Rises has a driving force only hinted at with previous releases. Manipu- lating the rhythmic DNA from songs such as the bass-dominated “Taken by Ascent” (on his last record, Burning the Thresh- old), Ben Chasny has grown a new sound creature in his lab that is as welcoming as it is terrifying and as fun to listen to as it provocative and intriguing.
Methodologically, Companion Rises some-
times recalls the early-mid low-fi work of
Six Organs, with modern techniques
swapping digital processes in for the ana-
log ways of the early days, and algorithmic
programs creating the rhythms rather than
Ben’s overdubbed hand percussion. Also
like those early records, Companion Rises
has Ben creating all the sounds, doing all
the recording and mixing the entire record
himself. But do not mistake this as some
sort of return to an older sound. One listen and it is obvious that this Six Organs of Admittance release is all in the present. One thinks of Octavio Paz’s oft-used metaphor of the concentric circle, as Companion Rises returns to a similar place but is much farther out from the center.
Sonically, Ben’s songs are bursting with ideas, harmonically rich, gorgeously arranged; often presenting two versions at once, overlaying electric and acoustic treatments that interlock like two shards that form a single key. Companion Rises plays like a mutant joining of avant and good-time forces, as if Faust produced The Revolution instead of Prince, or This Heat recorded on top of Amon DüüI’s classic “Paramechanical World,” but left a few of the original tracks to bleed through. Waves of electric fields wash across the record like a charged Pacific Ocean and guitar solos slice through at various intervals in a warped and fractured way of shreddage, not totally unlike the imagined sound of Eddie Hazel jacking into the CPU in Tron.
Thematically, many songs on Companion Rises seem to navigate a similar Stellar-Gnosticism that 2012’s Ascent explored, but with a completely different set of stories. Whereas Ascent was locked into a narrative concerning a sentient Jupiter, Companion Rises presents a handful of folk-tales whose topics span in scope from panspermia to specific constellations, all written in a way that eschews new age presentation tropes and embraces the now. With Companion Rises, Ben has created a Sci-Folk record that feels totally